Meet Our Board of Directors

Home / About / Board of Directors

The Lampkin Foundation’s Board of Directors governs the work of the Foundation. Our Board shapes the Foundation’s direction through its mission, strategy, budget, and key policies; ensures that the leadership, resources, and finances in place match the Foundation’s vision; and monitors and improves the performance of the organization. The Foundation Board meets formally three times each year, as well as between the regular meetings as needed to conduct the Foundation’s business. 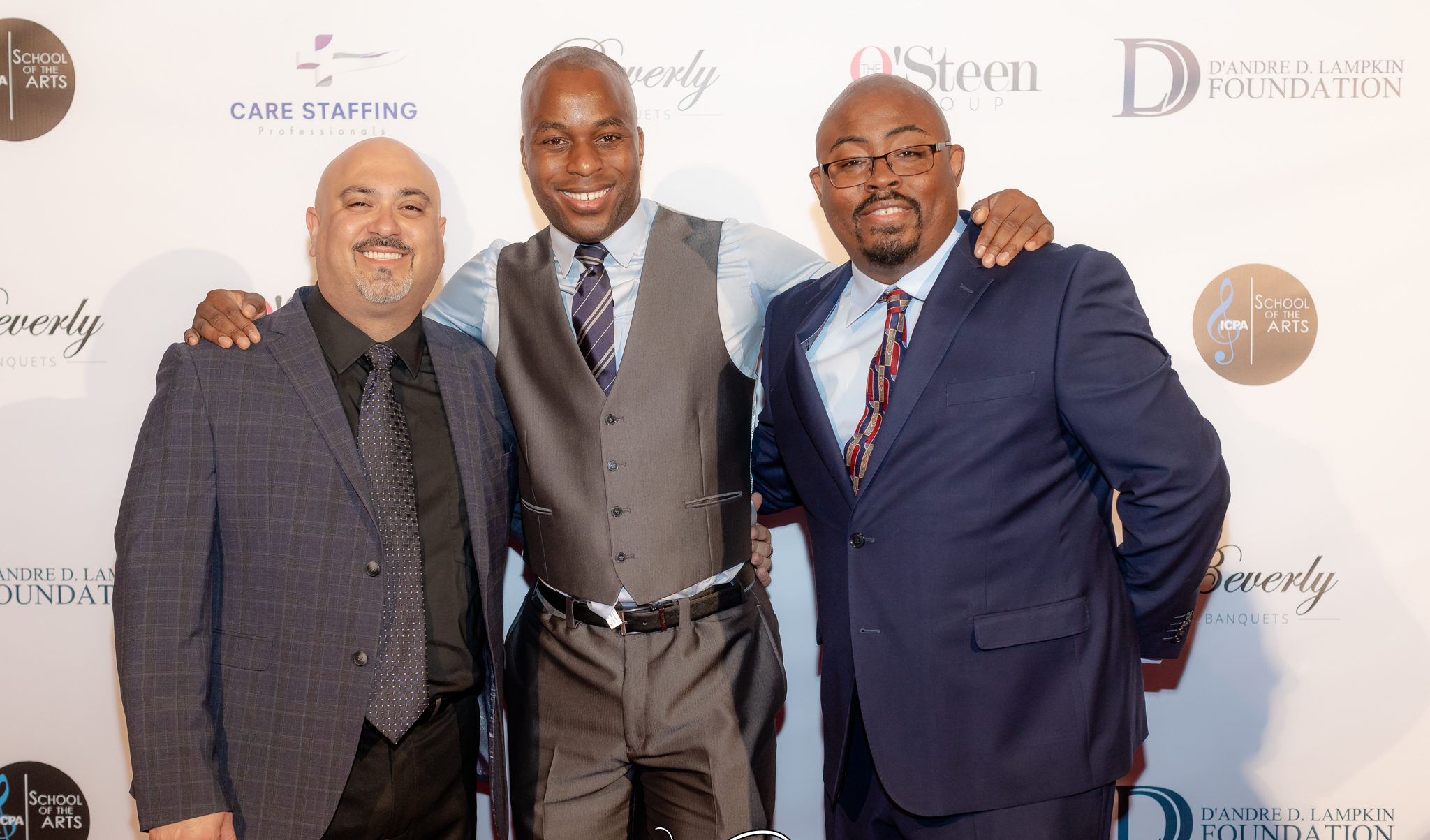 D’Andre Lampkin is a law enforcement professional in California. During his tenure, he has earned several commendations for his work in educating youth, quality of service, community involvement, and response to mental health crises. He is also the Founder and Chief Executive Officer of Care Staffing Professionals, a healthcare staffing solutions company that creates new jobs for healthcare professionals throughout the state of California.

Mr. Lampkin is a seasoned public servant with a strong community service background and experience in starting and leading program initiatives. He successfully founded the D’Andre D. Lampkin Foundation, a 501(c)(3) tax-exempt human services organization designed to promote “social good” projects throughout the United States. He serves as a City Planning Commissioner for the city of Ontario, Vice Chairman of the Los Angeles Region Community Recovery Organization, and Board Member for the Creekside West Village Master Association located in Ontario, California. D’Andre Lampkin is the youngest of three brothers, son of a single mother, and product of the poor, gang-ridden, and drug-infested South Central Los Angeles. Despite his upbringing, Mr. Lampkin has made it his mission to make a positive contribution to society through public service.

Mr. Lampkin is an active member of Alpha Phi Sigma – Criminal Justice Honor Society and earned a Baccalaureate of Science in Criminal Justice Administration. In 2017, he earned his Masters of Science in Homeland Security & Emergency Management with the distinction of High Honors from National University. D’Andre is a two-time nominee to the 2017 National University Scholarship Conference and recipient of National University’s 2017 Top Scholar Award and The Emerging Leadership Award. He is also the recipient of the Artist In Music (AIM) Humanitarian of the Year Award. In 2018 he earned The World Networks’ Community Enrichment Award for his contributions to the Puerto Rico disaster recovery effort following Hurricane Maria. He holds several certifications in homeland security and terrorism-related topics.

His research in areas of domestic and international policy has been published in the William & Mary Environment Law and Policy Review and University of Oregon’s Journal of Environmental Law and Litigation. His work and research in Mental Health, as it relates to improving law enforcement’s response, has been published in the International Journal of Mental Health and Human Resilience.

Michael Porto has over 25 years of management experience from small local to large global nonprofit organizations and public companies in a variety of industries. It was as a volunteer in the nonprofit sector that he found his passion. Michael has spent countless hours volunteering for faith-based as well as humanitarian relief initiatives.

As Vice President of ProcessDonation, a fundraising software provider, he helped modernize several organizations fundraising techniques, methods and events including Boys Scouts of America, Boys & Girls Club of America, R Star Foundation, CASA New Mexico and Tharasri Foundation, just to name a few. Under Michael’s leadership, partner organizations saw an increase of over 30% in donations to their cause and initiatives.

Michael is a strong believer in corporate responsibility as it relates to companies partnering and playing a role in strengthening the communities where they do business. Michael joined the D’Andre D. Lampkin Foundation’s Board in 2017 and creates strategies to achieve tangible fundraising outcomes.

Eric Sattler is an entrepreneur, civic leader, and philanthropist with more than 35 years of experience in numerous industries. Eric attended the University of Maryland, College Park where he majored in Finance and Accounting. His academic background lead him to own and operate a successful real estate company, RealtyPros, over the last 15 years. His company has expanded it’s operations across Maryland, District of Columbia, Virginia, and Michigan. Prior to beginning his ventures in real estate,  Eric spent over 20 years in management in the automotive and corporate non profit arena.

Eric has received recognition from a wide variety of non-profit organizations for his philanthropic efforts. He is an Eagle Scout and has been recognized by the Washington Redskins Charitable Foundation for his work with the Foundation. Eric travels extensively to promote charities and causes throughout the US.

Marcellus McMillian, has made Ontario, California his home. He is the chairman and chief executive officer of MJM Enterprises. MJM Enterprises is a privately held company engaged in marketing, advertising, and financial services.  Prior to founding the company, Mr. McMillian managed and currently sit’s on the board of several churches and non profits. In addition to overseeing the management of several projects, he has lead all the significant aspects of project development and humanitarian outreach for the Harvest House: a feeding program located in Ladera Heights, California. Marcellus is a licensed financial planner. He brings a wealth of knowledge for growth and initiatives to help non profits maximize growth potential and build for the future.

Marcus King is an innovative, new age designer of interactive media platforms including the social media and art direction for in-house corporate as well as consumer marketing campaigns. Mr. King has been recognized in the United Kingdom and California academic arenas for his abstract thinking and design, maintaining brand integrity, leadership and management, and his entrepreneurialism. Marcus launched an award-winning social media campaign which garnered over hundreds of thousands of views on various social media platforms. As a result, he has been interviewed and featured in multiple newspapers, media sites and television for social media campaigns. Some examples include PopSugar, toofab, MovieViral, The Daily Bulletin, and Celebuzz.

Mr. King was awarded and featured in Graphis Award Annual for multiple advertising campaigns. Winning 2 platinum awards and 1 silver, Marcus was honored and awarded for advertising campaigns in the American Advertising Awards where he earned Best in Show, one gold (local), one gold (regional), three silvers, and one bronze. Marcus is currently Business Development Manager of Plexal, one of Europe’s largest connected campuses where technology entrepreneurs and global business converge to imagine and create new products designed to improve lives. Piexal is an innovation hub located at the 1.2-million-square-foot former Olympics Press & Broadcast Centre. Plexal opened in June 2017 to attract over 800 technology start-ups & scale-ups from the fields of Artificial Intelligence, Internet of Things, Wearable Technology in fashion & sport, Virtual Reality and Augmented Reality, as well as other emerging technologies.

Marcus King is a thought leader in design and innovation for social awareness blogs; creates experiential art installations on topics such as community violence, classism, and inclusion design. Marcus joined the D’Andre D. Lampkin Foundation’s Board in 2017 and currently leads the Foundations marketing, messaging, and social media strategy.