Since February 2017, the Lampkin Foundation grants scholarship awards, in addition to connecting students with service opportunities from all over the nation. Each year, the D’Andre D. Lampkin Foundation awards three scholarships to high school students who are leaders in their community. Students are tasked with illustrating how they plan to use their chosen field of study to promote civic engagement. Unlike most scholarships, selection criteria were not based solely on academic or athletic abilities. Award recipients are chosen based on how they are making positive contributions to their community and their efforts to make their community stronger and more resilient.

The receipient of the Social Good Scholarship Fund’s $1000 award is Mackenzie Pearce of Guin, Alabama. She is a senior at Marion County High School and is known by her peers and teachers as a student committed to public service. In February 2018 Mackenzie sought the support of fellow students to start a project titled “Hygiene for Hope,” a hygiene closet that has provided economic assistance to students in need. What initially started off as a source of hygiene resources for fellow high school students, fast became a repository for all students living in her city whose populace totals approximately 2,274 residents (based on 2017 estimate).

“Makenzie is absolutely wonderful, puts others first, and is probably the top student I taught in my 26-year career,” said Joy Cooper, High School Counselor at Marion County High School. “She also started a food bank in our city. We are a really small town and she has found ways to make our school and city better. She created a hygiene closet because students are in need. Now we have a food bank that serves approximately 125 families because of her,” Joy added. Mackenzie has been accepted to attend Mississippi University for Women and is enrolled for the Fall 2019 semester. 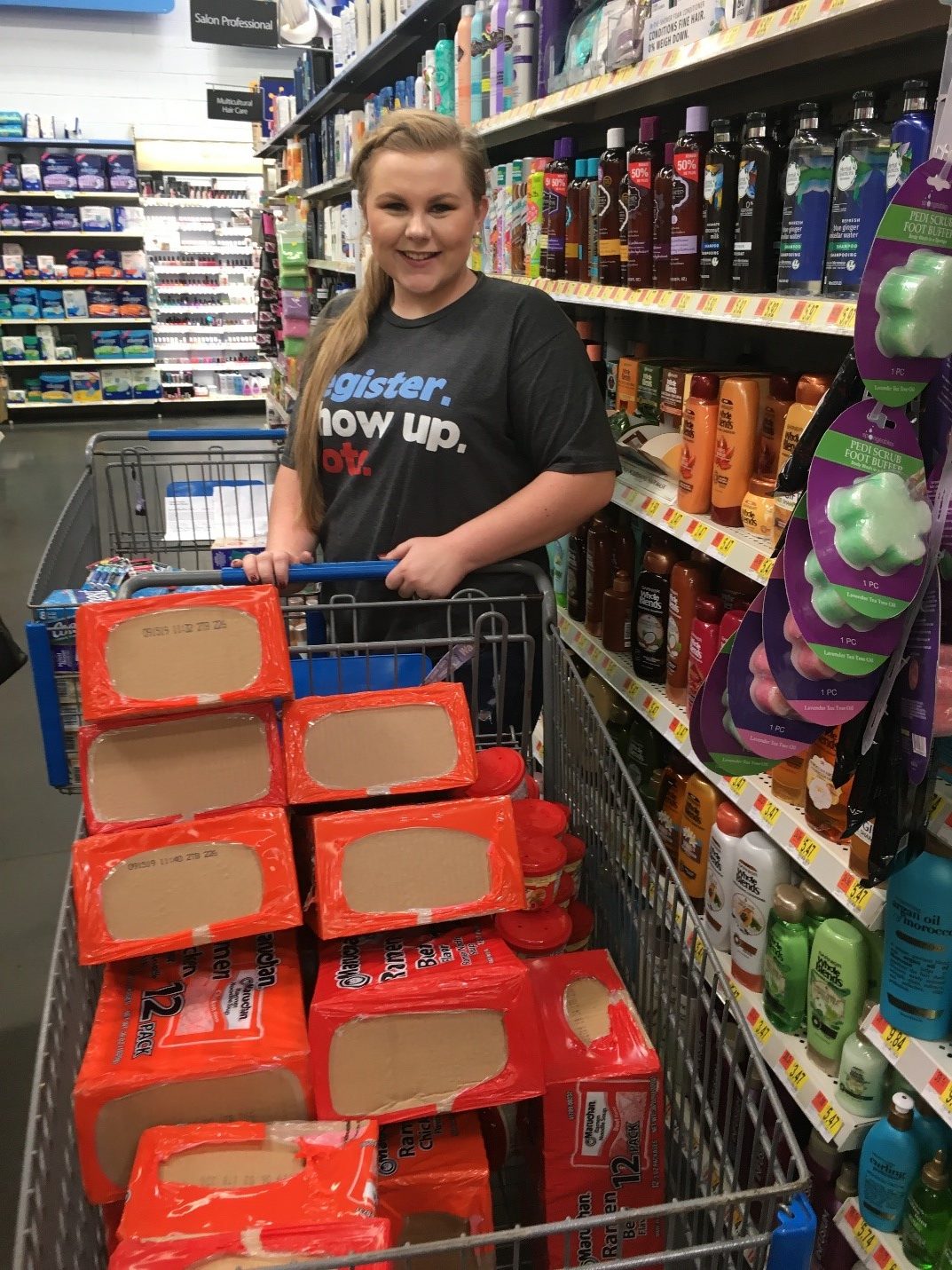 Sari Conner is a senior at Galion High School and has participated in projects that promote social good since the age of 11. Her most memorable activity is participating in her first mission trip to Joplin, Missouri following one of the deadliest EF-5 tornadoes in U.S. history. The group she joined assisted with rebuilding the city and contributed to recovery efforts. She recalled entire neighborhoods appearing flattened, gutted out hospitals, and streets where people called home no longer bearing street signs.

Another social good project Sari participated in included a 30 hour famine to raise funds for World Vision, an Evangelical Christian humanitarian aid, development, and advocacy organization. Jeanie Rinehart, Sari’s Youth Group Leader said, “Sari always had a heart for people. She shows up for projects that involve helping people.” Sari was voted by her peers onto the board of the Teen Institute, a division of the Marion Crawford Prevention Program that focuses on promoting drug-free student led activities as well as positive life choices. “I learned a few things from her. She has made me a better teacher,” added Jeanie. Sari has been accepted to attend Spring Arbor University and is enrolled for the Fall 2019 semester. 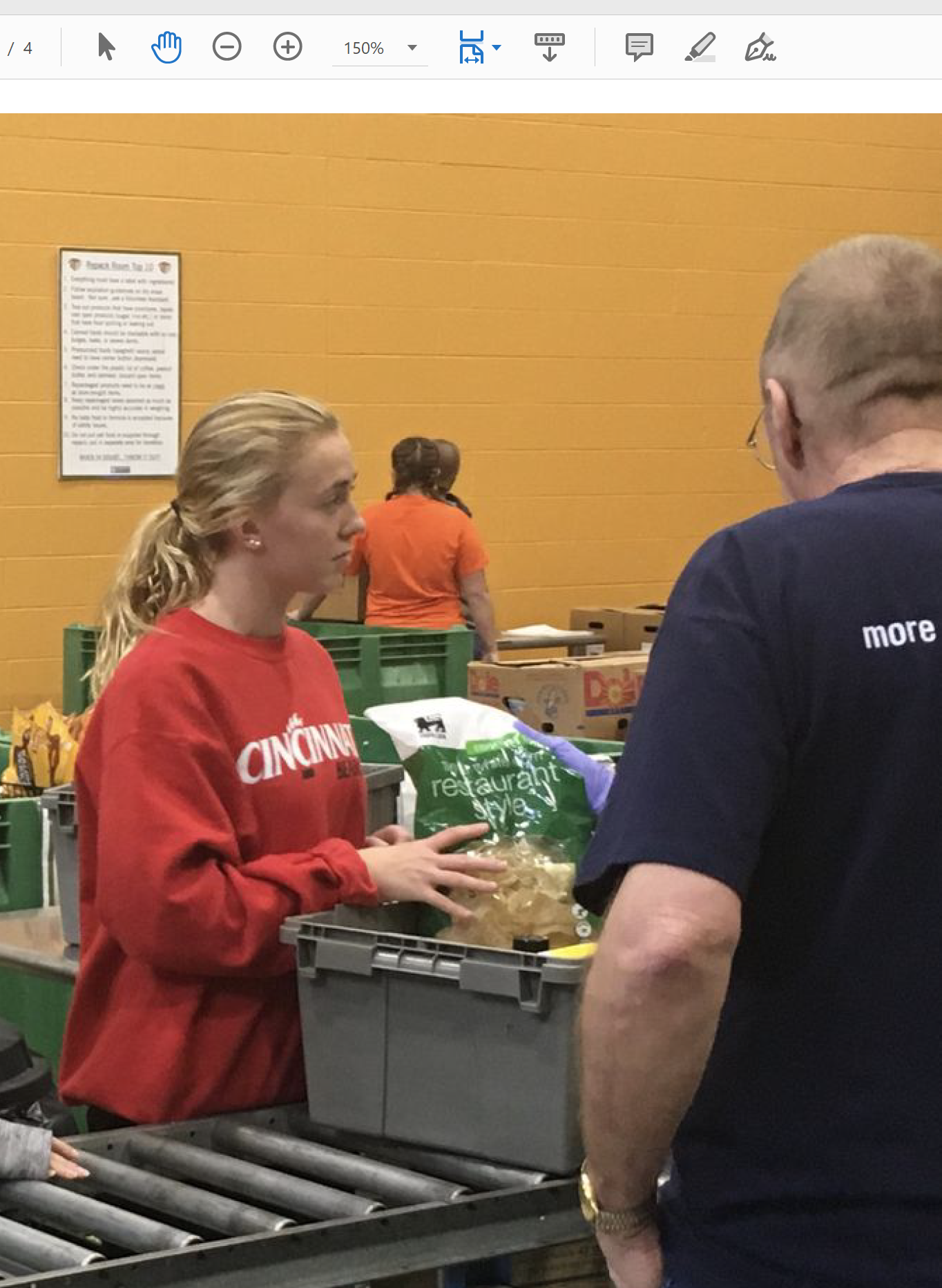 Christopher McCrary is a senior at Charles R. Drew Charter School. He is recognized in his community as the first African American Standard Bearer for the Professional Golfers’ Association of America Tour Championship. Christopher currently has plans to pursue a higher education degree in architectural engineering. He draws his inspiration from the successful redevelopment of East Lake Meadows, an affordable housing community once nicknamed “Little Vietnam” for its history of gun and gang violence and illegal drug trade. Christopher noted that traditionally affordable housing developments tend to be rundown and inhabited by residents who do not have the means to provide for their families. To combat these common characteristics, he participates in projects that address food scarcity such as volunteering at food panties and meal programs. Christopher believes and plays an active role in programs following the Purpose-Built Communities framework. Purpose Built Communities is an initiative that helps local leaders make a positive impact in some of this country’s most distressed neighborhoods.

“Everyone deserves hope and dignity through quality housing, fresh food resources, and wellness opportunities so people can thrive,” says Christopher. “We as a community have to work collectively and give back to others,” he added. When asked why Christopher deserves the Social Good Scholarship Award, his mentor Kevin Ellis revealed, “In Christopher’s next journey he is going to keep doing everything in his power to continue to give. He is appreciative of the opportunities he has received in life and wants to pay it forward.” Tywonia Orum, Resident And Community Support Program Manager of the East Lake Foundation met Christopher in early 2016 and recalled how Christopher always sought collaboration when resolving situations. “I believe his path is in architectural engineering because he talks about the area where he grew up. He talks about how he wants to build affordable housing for low income families following the same model used to redevelop Little Vietnam,” said Tywonia. “He is one of the most mature youth I’ve met. He’s trustworthy,” she added. 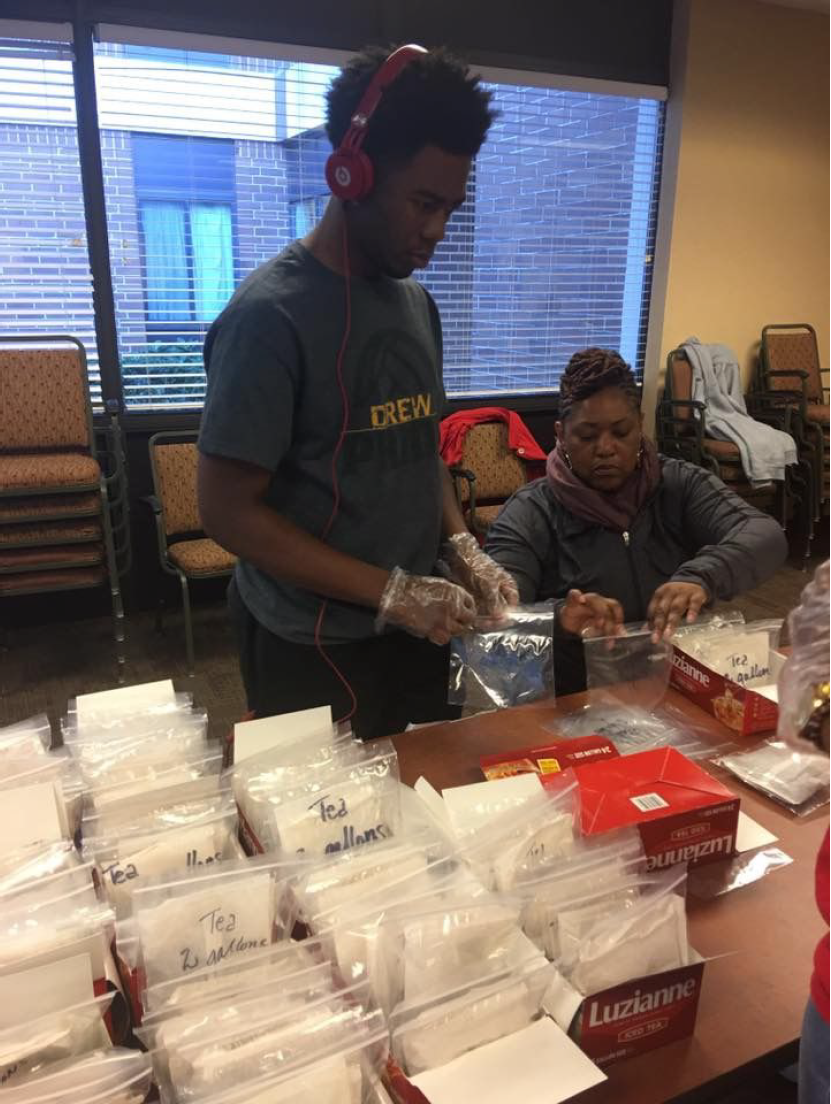 At the Lampkin Foundation, EVERY Tuesday is #GivingTuesday. All donations, big or small, matter and they add up. Join the movement by completing form below.