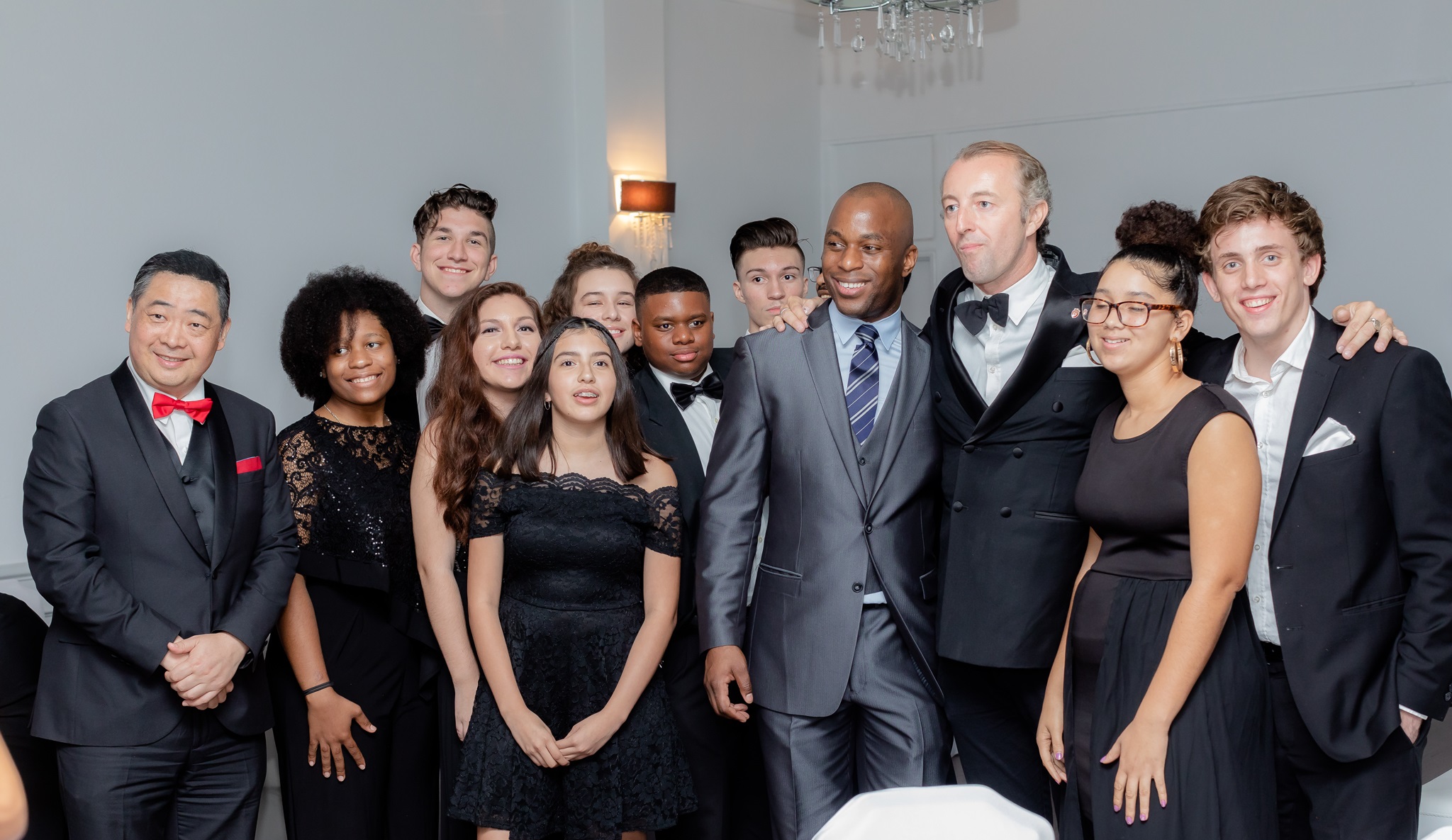 The benefit gala featured a world class red carpet networking reception, live performances by the Inland Conservatory for the Performing Arts, city and state officials, and a sit down dinner graciously sponsored by Beverly Banquets. The event was coordinated by the Los Angeles based organization, The World Networks.

European Royal, Prince Mario-Max Schaumburg-Lippe hosted the benefit gala. Board Member Marcellus McMillian opened the evening with an invocation and thanked the many supporters and sponsors of the Gala. Personal perspectives on the Foundation were then offered by two recipients of the Lampkin Foundation Social Good Scholarship: Allison Green and Sarina McCabe who is currently attending Emery University. Attendees were also addressed via video message by Dr. Alison Thompson, a D’Andre D. Lampkin Foundation supporter, donor partner, and full time global humanitarian volunteer who had partnered with the Foundation during its 2017 Power to Puerto Rico campaign.

Thompson recounted how she first met D’Andre Lampkin in August 2017 following Hurricane Maria making landfall in Puerto Rico. The Lampkin Foundation coordinated and funded the delivery of donations, such as clothing from several other small organizations, and purchased 1500 units of solar power to be used in Puerto Rico to light roads and homes in the village areas. Dr. Thompson most fondly told the audience that the Lampkin Foundation has and continues to be about focusing on people, believing in humans, and showing love and compassion to everyone.

“When people volunteer, it’s a valuable commodity in our city. Often times, volunteer organizations have a ton of request. When the Lampkin Foundation goes out to volunteer in the community, they go out and do a great job,” said Paul Leon, Mayor, City of Ontario. “Then, they often report to the city positive statements about the things that have been happening without asking the city council for anything. And that motivates us to partner with him. D’Andre Lampkin is like me, and I am like him. He does it the way that I think you need to do it. His organization promotes volunteerism because it’s the right thing to do – not because you are earning anything or gaining anything. And that’s how the D’Andre D. Lampkin Foundation does it. The city appreciates him very much. The Lampkin Foundation does it right.”

“This was our first benefit. What I was most moved by was the impact statements – the testimonials and stories our supporters, donors, award recipients, and scholars told,” added D’Andre Lampkin, Board Chair, Lampkin Foundation. “We’ve done quite a bit of work this year to promote the building or stronger, more resilient communities. I’ve been working in public service for over 13 years. I started the foundation because what I’ve found throughout my time in public service is that in some communities we rely so heavily on government resources that we never really take the time to start thinking about what we ourselves can do to resolve some of the biggest challenges facing our communities. The power really comes from the people who live in each community and I wanted to start an organization that would really get people thinking about ways they can resolve some of those problems as a community. We do that through our programs and initiatives.”

The D’Andre D. Lampkin Foundation is a 501(c)(3) charitable organization operating programs throughout California that have a significant impact in a wide range of issue areas, including education, economic development, climate change research, health and wellness, and providing healthy alternatives for under-served communities.

For information, please contact Marcellus McMillian at 424-346-3362 or at
info@lampkinfoundation.org.