On August 29, 2017 – the twelve year anniversary the levees broke in Louisiana following landfall of Hurricane Katrina, we announced efforts to help the victims of Hurricane Harvey. Coincidentally, the levees began to break around Houston, Texas as flood waters crippled the regions infrastructure and rescue efforts were underway. The decision to create a disaster relief fund received overwhelming support from Foundation supporters. Especially since, 100% of donations have been committed to recovery efforts.

This is contrary to what most major organizations are doing.

After we announced our efforts to provide disaster relief, messages began to come in expressing thanks and appreciation for donors and supporters. But one letter stood out. It was a firsthand account by a D’Andre D. Lampkin Foundation volunteer who resides in Houston, Texas and the heart of where Hurricane Harvey did the most damage.

Latoya Christman, a mother and Los Angeles native asked that we share her observations with you.

I received an email from your non-profit organization and I am floored… I am lost for words and honestly grateful for your support and love.

I was once told never believe what you hear or see on the news because it is fabricated and watered down. Well as of today, August 30, 2017 I have confirmed that this statement for me is a lie. I have lived in Houston Texas now for almost eleven years and I sat through two major hurricanes. Prior to moving to Houston, Texas, I lived in Los Angeles, California and never imagined me, my family, and millions of Houstonians would go through a horrifying experience such as this. Hurricane Harvey is now recorded as the worst disaster in U.S. History, reaching a total of forty inches of rain in less than seventy-two hours. Southeast Texas saw a record of almost fifteen inches of rain in less than twenty-four hours. Twenty-two deaths, including children, have been reported and the count continues. This would seem to some as over exaggerated or fabrication but this is the truth.

Houston has multiple flood areas and I thank God, my area wasn’t one of them. As I watch the news my heart grieved for the loss of kids, elderly, men and women who died because of drowning. Some died simply because they were unable to be helped after the levels of water became too high. The pounding of rain in wind measuring 130 mph and tornado sirens are constant. Five tornado warning were in effect back to back in the neighborhood I once thought to be quiet and peaceful. My inability to sleep out of fear that our house would flood or an emergency evacuation would be ordered worked my nerves to the core.

The thought that the life of my five-year-old daughter and 61-year-old mother were suddenly in jeopardy of being swept away by flooding blew my mind. Grocery stores were closed and curfews were in effect. The thought of drowning put me, my family, and neighbors in a panic. The sense of desperation overwhelmed us. We prepared, but by Monday morning, we were running out of food and I was forced to leave my family to go to a store Tuesday morning. In my search for food, I only found what appeared to be oceans of water and roads were not passable. At one point, I had to turn around and head towards oncoming traffic to avoid driving into flooded areas. I was scared and praying I made it back to the house safely. This was the worst feeling ever.

I always tell people that you never know how you would handle things until you are faced with it. We here in Houston are facing life or death situations. Some made it out and others didn’t. Police officers, national guards and citizens are pitching in on speed boats and jet skis to help those in need. Even more important, race or gender does not matter. All we see are people in need; new born babies, mother, fathers, elderly, the sick and disabled begging for help. I can’t even begin to explain what I’ve seen thus far but I cried for the lives already lost.

As the water subsides, bodies are being found and homes are under water. It will take years before Houston will be the same. Through it all, this my goal is to give back through volunteering at local churches and shelters, donate clothes, diapers, formula; whatever I can give. I don’t have much but I will give what I can. I am exhausted mentally spiritually and emotionally and would never hope that anyone would experience what Houston has experienced over the last couple of days. I am still grateful and I thank God for his protection and I trust he will bring Houston through this.

If you ever needed a reason to help the victims of Hurricane Harvey, here is a start. Please consider making a tax deductible donation to the Hurricane Harvey Disaster Relief Fund so that together we can make an impact in the recovery effort.

Next → On This Labor Day 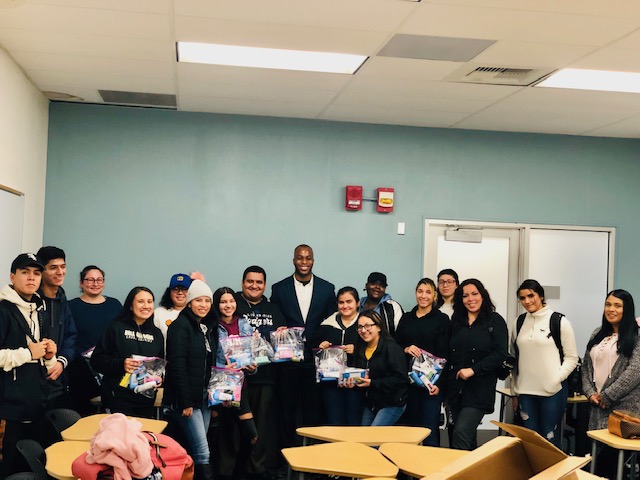 In this season of giving, we thank you